Skip to content
Loading...
Latest news
A Thought on Bands Who Cancel Gigs at the Last Minute
Why the Music Industry Still Needs Taste Makers
How Many Songs are The Same 4 Chords?
T-Racks 3 – Master the Possibilities of your Music
Branford Marsalis on Students today
Article 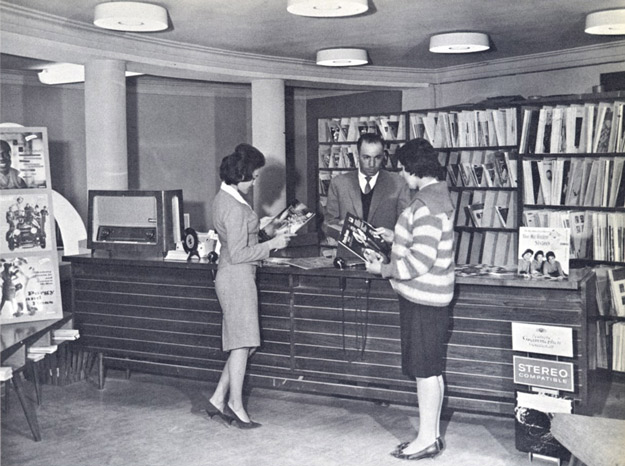 As the end of the year statistics for the music industry are released, I keep noticing a common tone of these articles. They all seem to be written about the six major record labels, and iTunes. As an artist and independent label owner (ergo, part of the music industry), these articles seem counter-intuitive to the way my peers and I conduct ourselves.

“Yet the industry as a whole still remains uncertain” is my favorite quote from this article. What is uncertain about the music industry? People continue to buy music they enjoy, and more of them are buying it online. This makes it easier for anyone with ambition to get into the game.  The only unclear thing I see is the fate of these 20th century institutions.

The major labels are beginning to accept we don’t want to pay more than ten bucks for CDs, and we don’t like DRM. Somehow, no matter how much money these huge companies make, they are continually complaining about what they are losing.  If they focus on what’s missing and broken in their model, it takes the attention off why their model used to work.  The NYT article states that ‘some estimates’ put the annual economy of music at around $75 billion. So what does that number really mean?

The music economy is vast, and a huge chunk of it rests in the hands of a few companies. These are the same companies that built their empires by taking ownership over music in misleading ways, or by inventing a myriad of operating fees and loans to assess to artists. It’s similar to how Europeans ‘bought’ Manhattan. Offer someone a gift, or a show of support, and ask for something in return. Instead of explaining what you are going to take, you smile and get them to agree to it.  Once they sign a piece of paper, you force them to agree to your interpretation of the words through litigation, or worse.  In the latter case, it was genocide, in the former, it is the complete monopolization of the music that we listen to.

Musicians have been getting this treatment since the phonograph was invented.  Look at the story of the Funk Brothers (for those who don’t know, they were the Motown backup band from 1959-1972).  This group of musicians played on more hit albums than any band in music history, and few know who they are.  Like so many other extraordinary musicians, fame and success were denied to them as the music they created went on to make a fortune.

So where is all that money? If this NYT article is any indicator, the only ones talking are the major labels.  These corporations are complaining about how much content we aren’t paying for, and how their sales are down, while they are becoming more valuable companies.

In 2006, there were about 20 songs sold for every iPod bought.  In fact, iPod users are not buying massive amounts of music like people did when CD Players were first introduced. The main source of the article is Josh Bernoff, a well known media and entertainment analyst. In fact, Mr. Bentoff notes that there is a huge slump in music sales in the second half of 2006. People are converting their CDs for use on other platforms. It would seem that people only want to buy the same product once. And who can blame us?

Which brings us back to the major labels, and the NYT article.  The article points out that major labels are now asking for a cut of artist’s tour and merchandise revenue.  Out of one side of their face, the major labels are crying poverty, and saying they need to take more from their artists.  Yet in the same article, there are admissions that the companies are growing in value. Can you say cognitive dissonance?

Freedom of choice in music is infectious, and the supply has truly outpaced the demand. The days of an album sitting at number one are gone, and this a great thing for those of us who ignore mainstream press and media outlets.  People buy more CDs when they are reasonably priced, and artists are still selling albums at high prices.  The major labels cry that they have to protect their interests with DRM, while their customers mostly use more than one format for listening to music.  Music is a form of expression that is meant to be shared, not kept to oneself.  The technicalities of software licensing and piracy are not applicable to music, and DRM is another way of saying ‘we’re not buying art, we’re buying a product.’  And declaring that a CD album is altogether different than an MP3 album, or even a .wma album. People aren’t that easily fooled, though. Sales reflect it.

Clearly, lots of people are buying music, and most of it is going to the huge companies to dole out as they please.  People don’t buy music because it’s on the radio, or plastered in magazines, they buy it because it moves them.  Major labels use record spins and downloads as a measure of success, when they are paying for the spins and driving downloads with ubiquitousness rather than genuine interest.  Their multi-platinum artists bounce up and down their charts like a basketball, and they refuse to see that’s how we want it.  They want to tell us what a CD is worth, and tell us how we can listen to our music. These business practices only work when you have a stranglehold.  In most other industries, a company is required to respond to their customers’ needs to stay in business.  When your business model is based on dictating people’s choices, it’s no wonder that freedom of choice is such a threat.  The means of production continue to only expand, and our choices with them.  The 21st century king of the hill is the one the customer enjoys the most.

Music doesn’t seem to speak for itself anymore in their eyes.  These companies view artistic output in the same way they view the final result: as a product. Their industry trends are an academic discussion that has completely left the real world. They could have conducted an informal phone poll to come up with the conclusion that CDs are overpriced. Record shops are paying more than the iTunes price for an album in some cases. The real issue is what people are willing to pay for, and to deal with that, you must listen, not dictate.

2006 is coming to a close, and the very foundations of how music is distributed and sold began a major transformation this year. According to Josh Bernoff, we’ll all be going digital by 2010. The major labels are slicing up the pie already, but in the age of choice, they may end up with empty plates.