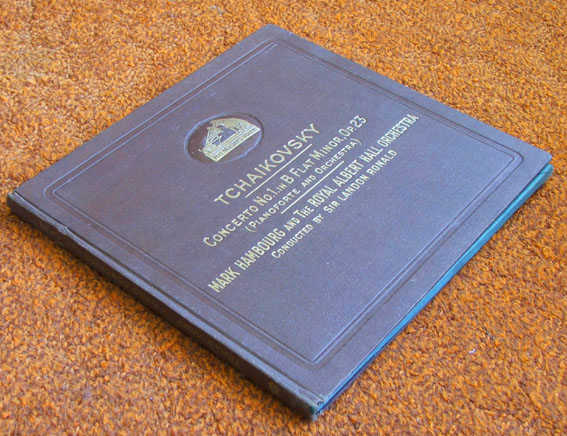 Prince gave his album away in a newspaper, and Radiohead broke new ground with In Rainbows by letting fans choose how much to pay.

Animosity toward major record companies is growing faster than US citizens contempt for their government (I’ll refrain from linking out to anything here). The entertainment industry is entering what is known as a paradigm shift.  International acts who have sold tens of millions of albums are bucking the existing system, and thus speeding up its downfall.  Once the major labels are gone (or reduced to distribution entities), a new paradigm for the music industry will emerge.

Imagine there are almost no major recording studios. In this future, albums are considered such a small part of an artist’s career that the effort and attention paid to them diminishes.  A professional musician becomes someone who tours and sells merch exclusively, while the number of live venues and outlets for performance shrink exponentially (Have you heard what is happening in orchestras?).  As internet streams and access increase, the value of going to a live show also drops. In this future, there is zero market for music as a commodity. Almost all musicians become hobbyists, and only artists with marketing budgets to swamp the internet garner popularity. Most musicians will no longer believe that they can live their dreams, and less and less of us will be willing to take the risks that it takes to generate rampant success. In this future, acts like Metallica and Radiohead will continue to make money; their touring and merch machines can support a massive infrastructure.

While this future is depressing, it is not the future we are living into culturally. Major acts are taking actions now that will ensure that the market for music opens up, and are creating an environment where any artist can create success with dedication and commitment. In fact, going back to Radiohead (check out the comments on this article), fans are embracing the opportunity to support an artist, and are buying the album.

Depending on how you look at things now, you can say that albums sales are bottoming out, or you can say that the imbalance of major label influence is being removed from the sales figures.

Imagine a different future, one where albums sell and fans want to buy music they love.  Most of the animosity toward buying music has to do with pricing structures and wealth imbalance between artists and labels.  Even though people can download anything they want for free, albums are still selling.  While the value of albums may drop, the percentage going to artists will increase, balancing out the pot for artists (the only party that fans care about anyways). A billion downloads is not a coincidence.  A la carte downloads are novel now, but just like a six pack is far cheaper than buying one can of soda, the value of buying an album will follow the same path.

We can look at the actions of multi-platinum artists as a litmus test for the music industry, but they do not reflect most artists. Gauging the future of album sales on artists who have sold millions of albums is no different that gauging the future of album sales on major label methodology. The typical mid-level artist has neither the resources nor the savings to write off the value of albums.

There will be a shift in the perceived value of music by fans, too.  Once DRM goes away, and people stop trying to litigate file sharing into oblivion, audiences will begin to give up their resentment of buying music.  With software, file sharing is also rampant.  Yet software companies are selling enough units to stay in business.

People value things more when they buy them. A hard drive filled with downloaded music will never go away, and who among us has no mix tapes or downloaded songs?

While the current environment of corporate pressure raises hackles, audiences want great albums to listen to.  We just don’t want to be told we’re criminals.

The future of music lies in respecting the choice of the audience. If people don’t want to buy an artists music, but they want to listen to it, more power to them. As long as they enjoy it. If people love music, they will buy it.