Skip to content
Loading...
Latest news
A Thought on Bands Who Cancel Gigs at the Last Minute
Why the Music Industry Still Needs Taste Makers
How Many Songs are The Same 4 Chords?
T-Racks 3 – Master the Possibilities of your Music
Branford Marsalis on Students today
ArticleMusings 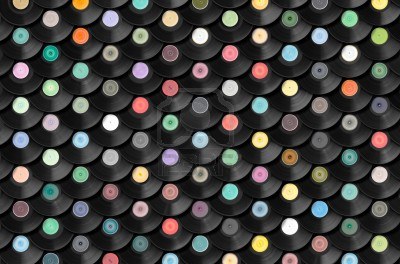 Spotted on: The Register

Capgemini recently broke down album sales in Britain since 2004.  While the report is still confidential, The Register reported on a few details.  And what is the reported main source of lost revenue in the British recording industry?  Album Unbundling.  File sharing came in at 18% of the projection.

The iTunes music store was originally launched with the blessing and backing of the four major record labels   It wasn’t until the major labels unbundled their catalogs that the idea was popularized.  In unbundling albums, audiences have lost the incentive to buy complete musical works.

Considering that the major labels are upset over their falling revenue, it doesn’t seem like a shining moment when they devalued the recordings in their catalogs.

Would you buy part of a painting?  As Jim Griffin pointed out in 2004, would you unbundle books of poetry?

It is valid that many albums only have a couple of good tracks, and the rest are filler.  However, most albums are created and put together as a total piece.  Ciccone Youth released an album quite a while back titled “The Whitey Album”.  The second track is “Silence”, and consisted of a little over a minute of… silence.  Admittedly, this is not the first track of its kind (the band joked that the track was a sped up version of John Cage’s 4:44).  This track sold for 99 cents on the iTunes store until stories started popping up in the media.  Artistic visions are undermined through unbundling, and shorter or more experimental tracks are not always as valuable as stand alone fare.

What do fans lose from unbundled albums?  When I think of some of my favorite albums, I can see that I would miss some gems through album unbundling.  Many Pink Floyd albums are meant to be listened to as a continuous piece.  Primus‘ (Primus’s?) early albums contain many short interludes that I love, but wouldn’t buy as a single.  What about experimental ramblings or noise tracks?  Clearly these tracks are intended to be part of those musical experiences.

Does it serve artists to have their musical works picked apart?  While the single is still a viable format, it has a specific design: a track meant to generate interest in an album, and often the “money track”.  By unbundling albums, all tracks become singles, and fans often miss the gold in favor of a single serving mentality.  Radiohead’s In Rainbows is not available on iTunes for this very reason.  The album can only be obtained the way it was created: as an album.

I’m a proponent of freedom of choice, and I believe that audiences have the right to buy the music they want, and how they want it.  I’m a believer that if a song is a hit, don’t withhold the single.  When you buy your tracks in single servings, the overall cost is higher.  It costs between $2,000-$10,000 to fill a 40GB iPod, depending on whether you buy the music as albums or singles.

However, as an artist, I want my vision to be experienced.  As as a lesser-known artist, the incentive for people to buy a single track over the album is apparent.  While it’s an honor to have people tune in at all, is there an incentive in creating a full album if people only buy one or two tracks?

The Bottom Line:  Album unbundling has the potential to eliminate the art of the album entirely, although it does provide an opportunity for fans to expand their musical tastes in low cost increments.