Skip to content
Loading...
Latest news
A Thought on Bands Who Cancel Gigs at the Last Minute
Why the Music Industry Still Needs Taste Makers
How Many Songs are The Same 4 Chords?
T-Racks 3 – Master the Possibilities of your Music
Branford Marsalis on Students today
Musings 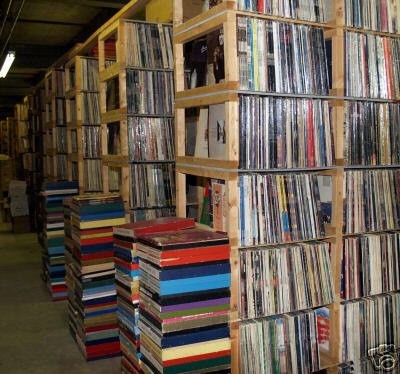 Music has value because it moves us. That special album that takes us back to some magic moment, or the songs we love to dance to. What has people by albums is the love of the music.

MP3 collecting is similar to collecting baseball cards.  Grab an artist’s entire discography, and trade among your peers.  Our music collections expand almost as fast as the national debt, and often music sits on our hard drives unlistened, unappreciated, and unacknowledged. We become overwhelmed with the amount of music we have to listen to, and start to lose our love for the music that touches us.

When music is downloaded and listened to only once or twice, it becomes a single serving item, like a hamburger.  Could the current frenzy of MP3 downloading (both legal and illegal) be eliminating our love for music?  There’s a phenomenon known as information overload.  One way to look at the current consumption of MP3s is that music is in an information overload stage.

With so much music to choose from, both free and bought, and huge MP3 collections, the line between having music we love and having music because it’s there is getting blurred.  Most of the time, we relate to this in terms of album sales and the music industry.  What if we looked at it as a shift in the perception of music?  While music is always special, it’s apparent that we are now starting to view it as a tangible thing instead of art.  What effect this will have on our appreciation of music is anybody’s guess.

Bottom line: We used to buy CDs because we loved the music. It is starting to appear that we now collect MP3s because they’re accessible.